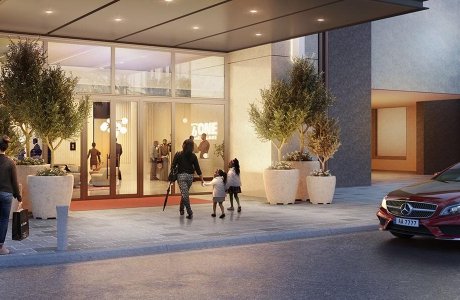 Eagle Hills, an Abu Dhabi-based private real estate investment and development company, today announced its participation at this year’s Cityscape Abu Dhabi. From the 12th until the 14th of April, Cityscape Abu Dhabi will once again bring together a host of local and international developers for its 10th edition at Abu Dhabi National Exhibition Centre (ADNEC).

Eagle Hills is using Cityscape Abu Dhabi as an opportunity to showcase a number of its international developments. Low Ping, CEO at Eagle Hills, said: “Our portfolio of mixed-use developments in high-growth international markets includes a range of premium quality lifestyle communities that will bring many social and economic benefits to the countries where we are operating. We are also looking forward to meeting and sharing ideas with our local and international partners and investors at Cityscape.”

Eagle Hills will be showcasing a number of project models from around the world at the event, which highlights its major achievements and milestones since its inception, in addition to the innovation, design and expertise integrated during the planning phase of every development.

Eagle Hills will also be offering its stand visitors the chance to win a free trip for two for a duration of three days to one of its destinations and a number of gifts through an interactive social media competition. Participants will have to take a picture next to Eagle Hills stand, upload it on Instagram and use #CityscapeAD #EagleHills and tag @Eagle_Hills after following it on Instagram and Twitter. Following the process participants will enter a draw to win their dream trip for two.

Belgrade Waterfront in Serbia takes urban renewal to new heights. With a development value of USD $3 billion, this development is one of the most anticipated projects in the country. A landmark joint-venture agreement between the Government Republic of Serbia and Eagle Hills for Belgrade Waterfront was signed in April 2015. On a total construction area of 1.8 million sq.m, the project will have a site area of 1 million sq.m. A strong growth engine for Serbia, the stunning project will be distinguished by Kula Belgrade, an iconic mixed-use tower that overlooks River Sava at a height of approximately 170 metres, and is envisioned to be a mixed-use development featuring 6,000 residential apartments, Belgrade Galleria, commercial offices, hotels including W Belgrade, a large central park and a spectacular “Grand Boulevard” lined by cafés, restaurants and retail outlets.

The construction works started in September 2015 with the ground breaking ceremony for BW Residences, the first two residential towers. Following the positive response during the launch of the first tower in October 2015, the demand and success continued with second of launch of the second tower in February 2016.

Marassi Al Bahrain is a distinguished waterfront residential, hospitality, retail and entertainment destination in partnership and within Diyar Al Muharraq in Bahrain. It is a smart city for a future that combines tourism and a community of seafront living. Covering a land area of approximately 865,000 sq.m, the development will include world-class hotels, restaurants, and will be offering approximately 5,600 high end residential units.

Marassi Al Bahrain was announced in December 2015. Other site attributes include Centers for business, leisure and entertainment, a harbor for cruise liners to dock, a Central Garden and a Traditional Souq.

The development covers over 190,000 sq.m of beachfront shopping, with a unique shopping and entertainment destination positioned as one of the major tourist attractions, known as Marassi Galleria – a 178,000 sq.m shopping and lifestyle destination, including 260,000 sq.m of total retail space with a direct link to Marassi Residences and two world-class first-to-market hotel brands, The Address + Resorts and VIDA Hotels and Resorts. Located on the waterfront, the complex is within walking distance from a two kilometre long stretch of white sandy beach.

In Jordan, Eagle Hills is involved in the development and management of three key projects, including Marsa Zayed, Saraya Aqaba, The St. Regis Amman and The Residences at The St. Regis Amman. Making exponential progress, Eagle Hills revived the projects’ exposure in the local and regional markets, seeing considerable development in the construction of all projects. Marsa Zayed as a whole will boast a wide range of residential, commercial, touristic and marine facilities that are sure to transform the area into a vibrant centre for commerce and tourism.

Also located in Jordan’s port city, Saraya Aqaba is a mixed-use tourism and leisure destination that adds approximately 1.5 km of populated beachfront to Aqaba and is built around a man-made lagoon, which was partially filled in October 2015. The destination comprises more than 850 luxurious residential units, four 5-star hotels, and business, retail, leisure and entertainment facilities, covering 634,000 sq.m of land. Attracting strong interest from investors, Eagle Hills launched Saraya Aqaba’s official sales centre, a number of furnished mock-up residences in December 2015 and opened for sale a few of its premiere residences.

La Marina Morocco, previously known as Bab Al Bahr, was rebranded in June 2015 by Eagle Hills. Through a stunning combination of traditional and modern infrastructure, La Marina Morocco is strategically located between Rabat and the ancient city of Salé and promises to deliver the biggest mixed-used development in the country. With 1,700 residential units and a host of commercial and touristic facilities, La Marina Morocco pays tribute to the country’s singular heritage and bright future, creating an idyllic setting, located on the waterfront, La Marina Morocco will offer residents and visitors an unprecedented living environment, complete with world-class facilities, intelligent design and unobstructed views facing the Oudayas, the Hassan Minaret, the Bouregreg valley and the Atlantic Ocean. 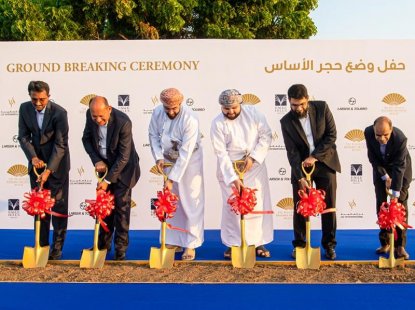 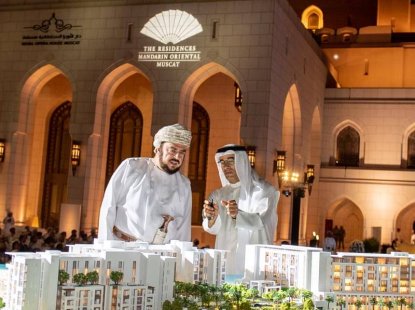